Along with traditional rental cars and taxis, SLC International also provides light rail service (TRAX) that can take you to nearly the door step of the conference hotel–the Little America–for $2.50.   While the TRAX system is ADA compliant, there are also a variety of ADA Transportation options available. 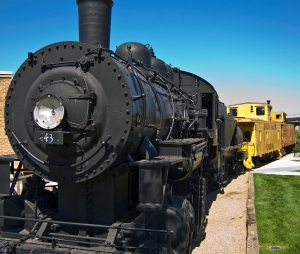 I-80 and I-15 intersect in Salt Lake City.  Travel times in the West can be quite long, but Utah and Wyoming have several zones where the speed limit is set outlandishly high.  The conference location is located just off the main outlet of I-15 into Salt Lake City.

Salt Lake is also served by the twice-daily arrival of Amtrak’s California Zephyr (one westbound arrival and one eastbound arrival). Public transit and taxis are readily available from the Amtrak station, although train riders should be aware that the Zephyr arrives in Salt Lake City at a very early hour, coming from either the east or the west. 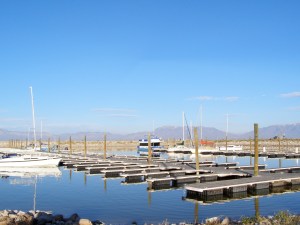 The Great Salt Lake is the fourth-largest terminal lake in the world.  A terminal lake means that its waters never reach the ocean.  There is no sea travel to Salt Lake City.

Fun fact:  It is a widely-held belief that it is illegal to hunt whales in Utah.  This urban legend was, no doubt, inspired by the verified story of 19th century businessman James Wickham who planned to move whales from their ocean home to live in the GSL to later be slaughtered for their oil.  Only brine shrimp live in the lake simply because the salinity is so high that other animals cannot survive.

One thought on “Travel”